Is online betting legal in India?

There are no federal laws against online betting in India.

In summary, this means that online betting is legal in India, with the exception of a few states.

Please be advised: We are not lawyers, advocates, or legal experts.

The legal information contained within this article has been compiled through careful research and conversations with legal experts on the topic.

We have done all that we can to answer the question truthfully, but if you want a legally binding answer, we advise that you contact a lawyer for yourself.

Before you start online betting, it is important that you choose a legal betting site 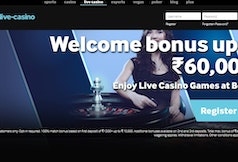 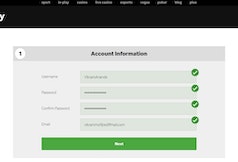 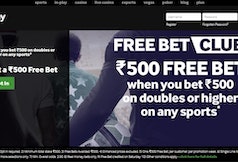 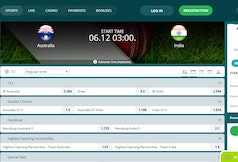 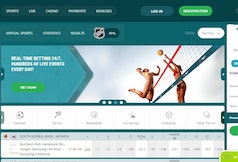 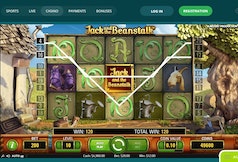 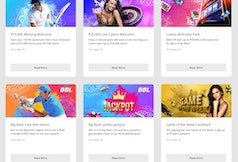 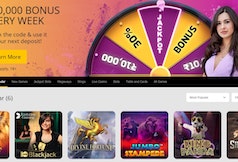 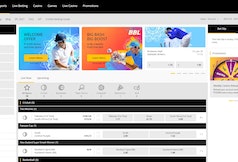 10Cric is an international with a strong focus on the Indian market. 10Cric offers a unique and user-friendly sportsbook filled to the brim with cricket betting options (along with many other sports). They also have a superb live betting platform and even an online casino. You need to check this site out! 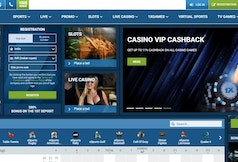 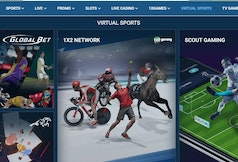 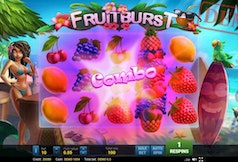 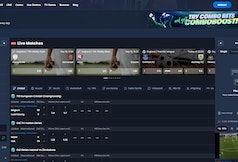 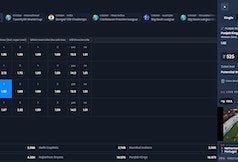 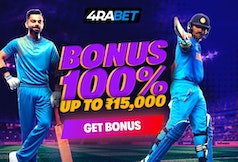 4raBet is a unique Indian betting site that offers an amazing and interactive sportsbook full of cricket betting options (along with many other sports). 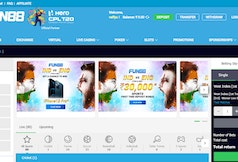 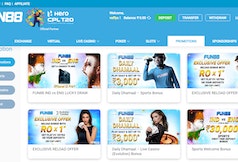 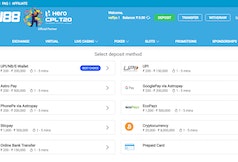 Fun88 is an awesome betting site that is rooted in Asia and has thousands of loyal players from India. As a player on Fun88, you get access to a fun sportsbook and tons of awesome bonuses and promotions.

Making deposits and withdrawals on this site is made simple and easy with the help of UPI, PhonePe, GooglePay, and other convenient payment methods. If this sounds appealing to you, then head over to Fun88 and check out the action now! 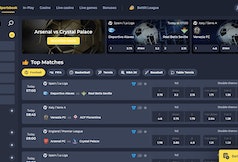 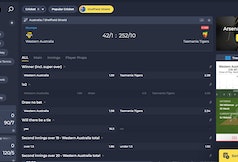 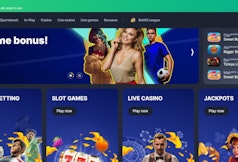 Bettilt is a modern betting site that recently opened it's doors to Indian players. They provide a smooth and elegant betting platform with some of the newest betting features on the market.

Many of our readers have asked us if online betting is legal in India.

We understand why many of you are having this concern, so we decided to write this in-depth article to give you the most correct answer and guide you to gamble legally in India.

Indian online betting law is vague and unclear, which makes a lot of people confused. We are all good citizens, and none of us wants to break the law.

To find the correct answer, we decided to team up with some of India’s top legal experts to make absolutely sure that we are on the right side of the law.

Indian states may formulate their own gambling laws, and some states may have more restrictive laws.

However, in the grand scheme of things, online betting remains legal in most of the country.

🤷🏽‍♂️ What online betting sites are legal in India?

All betting sites that are based outside of India can be used legally by Indian players.

However, betting sites are not allowed to operate on Indian territory.

That is why you don't see any Indian betting sites. They're simply not allowed to be based in India.

And that is also why Indian players use international betting sites such as Betway and Bet365.

💲 How do I legally deposit money to a betting site?

There are plenty of options that allow you to legally deposit money on a betting site in India.

Most betting sites accept deposit methods such as Skrill and Neteller. These are legal, but may not be the most convenient for Indians to use.

The best way to deposit is via Indian payment solutions such as Paytm and PhonePe.

Alternatively, you can also deposit via AstroPay Card, Google Pay, and more.

All these great (and legal) deposit methods are accepted on 1xBet.

🎰 Is it legal to play online casino games in India?

Yes. There are no national laws that directly prohibit Indians from playing online casino games.

Some states may have more restrictive laws that only allow games of skill and not casino games, which are usually considered games of luck.

However, this remains a legal grey area. And due to the contradictory nature of Indian gambling laws, they are not enforced.

The current legal situation of online betting in India

To give you the most correct answer to this question, we have allied ourselves with one of the top legal experts on gambling in India, Mr. Manoj Mishra, Senior Advocate in the Odisha State Bar Council.

Through our interview with him, he will attempt to give us the most legal and correct information in this article. So let’s start from the beginning.

We asked Mr. Mishra the simple question: is online betting legal in India? And here is the answer he gave:

"The legal situation relating to using online betting sites in India is decidedly unclear. The Public Gaming Act of 1867 makes no reference to online betting."

Instead, the government of India has left it to the states to decide whether to legalize online betting or outlaw it within their own state.

We asked Mr. Mishra if any Indian citizen has ever been prosecuted for using an online betting site. He answered:

"We are certainly not aware of any Indian being prosecuted or charged for the offense of using a betting site."

Local state laws and federal laws sometimes contradict one another.

As a result, you will find that many legal experts in India have their own interpretations of the law.

Until the government of India imposes a more clear set of laws, we have to accept that online betting will remain a legal grey area.

Fortunately, we can take comfort in the knowledge that no Indian has been prosecuted, let alone convicted for using online betting sites.

Betting laws in India: The backstory

Gambling was first prohibited in India during the colonial period under the Public Gambling Act of 1867.

This law made it illegal to offer gambling services in all of India, as well as to visit and use a public gambling facility.

So along comes the internet, and people start asking: Does that mean online betting is legal because it is not expressly forbidden under the law of 1867? The short answer is yes.

Each state to their own

So Instead of imposing a federal law to either ban or legalise online betting, the central government left it up to the individual states to decide whether or not to legalise or prohibit online betting in their territory.

This means that each state in India has it's own online betting laws. Some are more strict while others have less stringent laws.

In the state of Sikkim, the local government is actively trying to legalise and regulate online betting. They have begun to accept license applications from betting operators that wish to offer games in the state.

In most other Indian states, there are no specific laws regarding online betting, which makes it a legal grey area.

For example, in the state of Tamil Nadu, it is neither legal nor illegal to bet online. Therefore, it is not a prosecutable offense to gamble online in any state except Maharashtra. 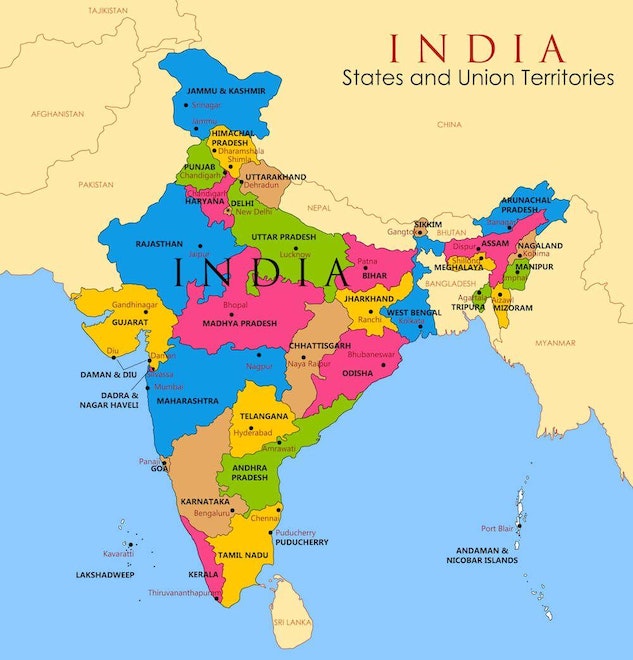 Games of skill are legal - games of luck are forbidden

So what is the difference between a game of skill and a game of luck?

According to this logic, online betting should be considered a game of skill.

The more you know about a particular sport, team, or tournament, the greater your chances of success at online betting.

Example: Let's say Team India is playing a test match against the West Indies. You know everything there is to know about the two teams, as well as the pitch, the conditions, their form, etc.

Having this knowledge, your chance of placing a correct bet on the outcome of the match is much greater than someone with zero knowledge about the game of cricket and the two teams, right?

Therefore, online betting is clearly a game of skill, and as such, is considered legal in many Indian states.

An example of a game of luck is roulette.

No matter how much you study the game of roulette, your chances of success will always remain fixed.

Once the little ball has been cast into the roulette wheel, it could land anywhere. And your bet is as good as mine.

Horse race betting is a game of skill but cricket is not?

In 1996, it was decided by the Supreme Court of India that horse race betting should be legal because it is skill-based rather than based on luck.

This beckons the question, why is horse race betting based on skill when cricket or football betting is not? It takes at least the same amount of skill to predict the outcome of a cricket match, no?

Horse race betting is considered a game of skill - cricket betting is not!

Although we certainly agree that horse race betting should be legal, it seems odd to make this distinction from other sports.

In our opinion, the only reason why policymakers decided to legalise horse race betting, is because they know that if they prohibited this, it would be the end of horse breeding in India, which has become a very profitable and prominent industry in India.

One could also ask, isn't it hypocritical to prohibit betting, only to legalise it on a few select sports such as horse racing and rummy?

This is a classic example of the contradictory betting laws of India.

When will online betting be legalised in India?

Nobody knows exactly when online betting will be fully legalised in India.

It may happen next year. Or it may never happen at all.

No matter what happens, you can be sure that MyBetting will always be there to guide you to legal and safe online betting sites.

To get the best start, we recommend that you join one of these legal betting sites:

Is online casino legal in India?