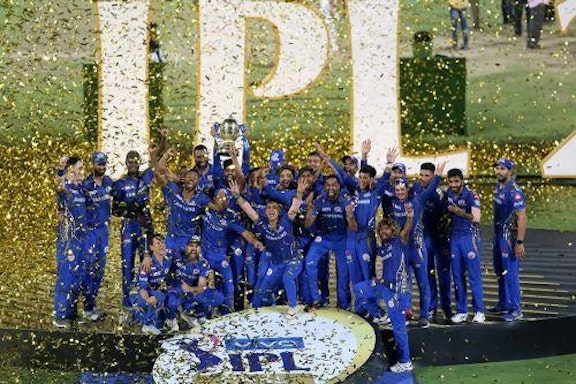 It’s almost time for the showcase event of T20 cricket to begin. Over eight weeks and sixty games, eight teams will compete to be crowned winners of the biggest cricket tournament in the world - Vivo IPL. But which team will emerge as the winner? We will explore that question in this article

It feels like only yesterday the Mumbai Indians beat Chennai Super Kings by one single run to win a record fourth title and become the most successful team in IPL history.

But what about the winner of IPL 2020? Will Mumbai be celebrating the fifth win in eight seasons? Can the Chennai Super Kings pull level with Mumbai for their fourth title? Will Sunrisers Hyderabad come to the party? Or will we see a brand new name on the trophy completely?

Let’s weigh up the chances of each franchise with odds to boot.

As defending champions and four-time winners, it’s no surprise to see MI among the favorites to be crowned the winner of IPL 2020.

Being able to replace quality with quality in the ferocity of an IPL season is the name of the game, something Mumbai addressed expertly at the IPL auction in December.

Australian duo Chris Lynn and Nathan Coulter-Nile were purchased while New Zealand fast bowler Mitchell McClenaghan, at Mumbai since 2015, retained. This means key players Lasith Malinga, Quinton de Kock, and Trent Boult all have direct replacements should injuries arise, which is typical of the demanding schedule.

Aside from the irreplaceable trio of Jasprit Bumrah, Hardik Pandya and inspirational captain, Rohit Sharma, Mumbai can call upon a quality back-up for every squad member.

With strength in depth to complement a strong core XI are we about to witness the best getting even better?

The 2016 champions went on to lose to CSK in the final of the 2018 edition. But with a stable core of coaching staff and new players added to in the auction, Sunrisers Hyderabad as a potential winner of IPL 2020 is a worthy bet indeed.

In team captain Kane Williamson and (unlikely) opening pair, David Warner and Jonny Bairstow, SRH own a top 3 capable of outclassing anyone on their day.

Trying to match this quality of player throughout the rest of the team remains their undoing though. A weak middle order made up of domestic players Abhishek Sharma, Manish Pandey, and Vijay Shankar were exposed regularly last year and failed to live up to the high standard set by the top order and more senior batsman.

A philosophy to invest in young Indian talent as demonstrated with the signing of India U-19 captain Priyam Garg is a stark contrast to the approach of other franchises and has to be commended. But equally, it could also be holding them back.

Hence the signing of Mitchell Marsh who has been recruited to shore things up in the middle and help the younger players kick-on. Should experience click with youth, Sunrisers Hyderabad could be on to something special in 2020.

If there’s a team who can wrestle the title away from Mumbai, it’s the Chennai Super Kings. Let’s not forget, last year’s final between MI and CSK was decided by a solitary run, a defeat that denied Chennai the opportunity to win back-to-back titles for a second time.

Despite being pipped by MI, it’s, in fact, Chennai who boasts the most consistent IPL record. Qualification for the knockout stage has been achieved in every season they have played with 4th place their lowest finish.

It’ll be a fail of epic proportion if they were to not qualify this time around. With arguably the most experienced set of players - at least on paper - CSK can field one of the most feared XI’s in the tournament.

That’s without mentioning legendary figure and captain MS Dhoni who is set to make a return to the game having last played competitive cricket for India at the 2019 World Cup.

Dhoni will welcome three new recruits in leg-spinner Piyush Chawla, Australian quickie Josh Hazlewood and English all-rounder Sam Curran. Alongside Faf du Plessis and Murali Vijay, the trio will act as very able back-ups. But will it be enough to better the efforts of Mumbai?

Two-time champions KKR have reacted to missing out on the playoffs last year by making Australian pacer and Test Player of the Year, Pat Cummins, the most expensive overseas buy in IPL history (Rs15.50 crore).

Addressing shortcomings in the bowling department was top of the priorities for captain Dinesh Karthik and coach Brendon McCullum. But to make such a splash on one player tells you all you need to know about the intentions of Kolkata this season.

The same could be said of the batting department boosted considerably with the signing of England’s limited-overs captain, Eoin Morgan. Having led his country to a first World Cup success in the summer, Kolkata adds another leader to the dressing room, not to mention a middle-order destroyer capable of winning a game on his own.

A fruitful auction in more ways than one sees Kolkata better placed to make an impact in the tournament’s latter stages. However, a lack of back-up options may see them come up short again in terms of the winner of IPL 2020.

There’s no getting away from the fact it could have been a better auction for RCB. A pool of players in need of some fresh blood didn’t quite get what was required leaving newly appointed coach Simon Katich with an unbalanced looking squad.

At the top, no complaints. Devdutt Padikkal is one of the most promising Indian batsmen around. The addition of Australia’s limited-overs captain and IPL journeyman Aaron Finch - RCB is his eighth IPL team - provides a stable base with team captain Virat Kohli and AB de Villiers in support. Not a bad top four, right?

It’s further down the line-up where RCB may struggle to assert themselves. This may sound strange given the double purchase of Kane Richardson and Dale Steyn; the duo will help the team’s issues bowling at the death.

But as talented as Richardson is, he’s inexperienced in terms of IPL cricket. For that reason, he may struggle to oust Umesh Yadav, Mohammed Siraj and Shivam Dube while the four-player foreign rule may also see him sidelined more often than not. As for 36-year-old Dale Steyn, an IPL veteran, opportunities may be few and far between for him too.

Hence the opening statement. It’s likely an uninspiring auction that may come back to bite Bangalore, though last year’s eighth-place finish will surely be improved upon.

A case of why fix what isn’t broken for Delhi Capitals who exceeded expectations in 2019 under coach Ricky Ponting. Having equaled their best-ever finish of third place, the ex Australian skipper is now tasked with kicking-on and qualifying Delhi for a first-ever IPL final.

The improvement both on and off the field since the franchise rebranded as the Delhi Capitals in 2018 has been astounding. But, of course, it’s no coincidence the upturn in performance aligned with the appointment of Ponting, a man known for his high standards and will-to-win.

Taking the Devils to an IPL final would rank up there in terms of career achievements no question. But how does his squad shape up for 2020?

Well, in addition to keeping the good vibe of last season going, the to-do list included finding a backup for Rishabh Pant and finding an overseas all-rounder to complement the Indian core of Axar Patel and Harshal Patel.

Mission complete, on both counts. Not one but two all-rounders have been added in Chris Woakes and Marcus Stoinis, while Alex Carey joins Delhi as backup ‘keeper. Ponting has created healthy competition for the starting XI too by bringing in T20 expert Jason Roy no less and veterans Ajinkya Rahane and Ravi Ashwin.

You could say 2020 represents Delhi’s best chance of ending that long wait for a final spot.

It has been quite a fall from grace for the first-ever IPL winners who are without a final appearance since their 2008 triumph. But with their four foreign imports at the peak of their powers, could the Royals finally come good once more?

Better times are surely around the corner with skipper Steve Smith, and England trio Joffra Archer, Jos Buttler and recently crowned ICC Player of the year, Ben Stokes all having proved themselves as match-winners for their countries during a sumptuous summer.

Having in place their foreign quartet allowed RR to build upon a solid foundation with young Indian talent at the auction. Enter 18-year-old Yashasvi Jaiswal earning plaudits from all over for his carefree approach at the crease and fellow developing talents Kartik Tyagi and Akash Singh.

Their best signing, however, may, in fact, come in the shape of coach Andrew McDonald who is highly regarded across all forms of the game. The former Aussie all-rounder and ex RCB coach will work with captain Smith, as they do at test level.

The biggest difficulty in recent seasons has centered on their English core leaving for national duties. But with this set to be kept to a minimum in 2020, is this the year the Royals return to winning ways?

It’s fair to say the bookmakers do not rate the chances of KXIP ahead of the thirteenth IPL. But Punjab did at least enjoy a solid auction that stands them in good stead to at least push for the playoffs.

Last year’s sixth-place team employed a strategy of shelling out for the one X-factor type of player they felt they were in need of, whilst picking up players for optimum price.

All-rounder Glenn Maxwell filled the first criteria for an eye-boggling sum of Rs 10.75 crore. A player renowned for his unpredictability, it’s hoped a home T20 World Cup later in the year will help focus the mind - and talent - of a player lacking consistency in his game.

Deals for James Neesham (Rs 50 lakhs), Ishan Porel (Rs 10 lakhs) and Chris Jordan (Rs 3 crores) were also made in what were three of the best value buys of the day.

Ultimately though, the decision by coach Anil Kumble to hand KL Rahul the captaincy will determine whether this side can defy the odds. The batsman/WK is back to his best and among the runs. Can he prevent added responsibilities from affecting his batting? Time will tell.

Ready to place your bets? Choose a betting site now so you can bet on the IPL!